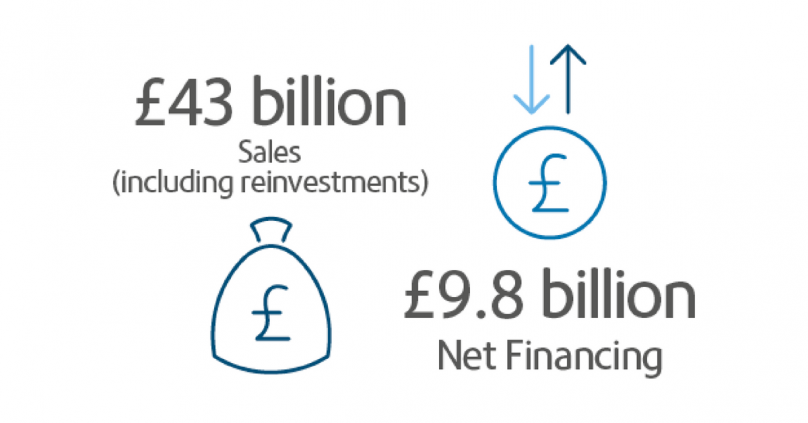 Delivering cost-effective debt financing to the Government remains NS&I’s core objective. At the March 2017 Budget, our Net Financing target for 2017–18 was set at £13 billion (in a range of £10 billion to £16 billion).
By Ian Ackerley, CEO, NS&I

Delivering cost-effective debt financing to the Government remains NS&I’s core objective. At the March 2017 Budget, our Net Financing target for 2017–18 was set at £13 billion (in a range of £10 billion to £16 billion).

This was a higher target than in recent years, reflecting the launch of Investment Guaranteed Growth Bonds in April 2017. Announced by the Chancellor in the 2016 Autumn Statement, this market-leading 3-year savings bond was designed to support savers who have been affected by low interest rates.

When the bonds were launched, a number of competitors had increased their rates and then offered bonds at similar interest rates, but with higher investment limits, which was a positive development for savers across the market, fulfilling Government’s aspiration to support savers and encourage choice. Investment Guaranteed Growth Bonds remained on sale for a full year and attracted over 178,000 customers.

At the Autumn Budget in November 2017, our Net Financing target was reduced to £8 billion (in a range of £5 billion to £11 billion). The change to the target reflected lower than expected Net Financing being delivered in the first half of 2017–18, partly as a result of these changes in the savings market.

In December, we brought back on sale two of our most popular products, Guaranteed Growth Bonds and Guaranteed Income Bonds. These had not been on sale for nine years and both were available as 1-year and 3-year bonds. As expected, both products proved popular. 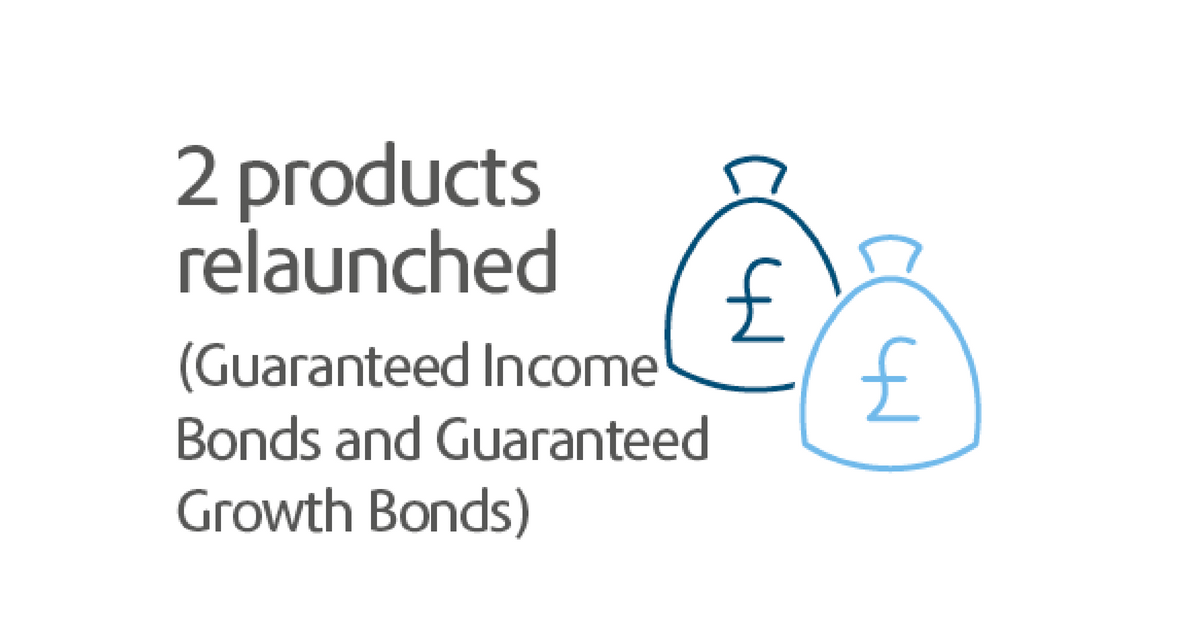 The new rates available on Guaranteed Growth Bonds and Guaranteed Income Bonds were also available to maturing 65+ Bonds and proved attractive, with nearly three-quarters of holders opting to reinvest with NS&I. Some £9 billion of 3-year 65+ Bonds matured from mid-January 2018.

Together with sales of Premium Bonds, these factors contributed to a Net Financing contribution of £9.8 billion to HM Treasury. This was within the range of our revised target. It also took the total amount invested in NS&I products to more than £150 billion for the first time. In the 2018 Spring Statement, it was confirmed that NS&I will have a 2018–19 Net Financing target of £6 billion, within a range of £3 billion to £9 billion.

28 June 2018
2017–18 has been a very successful year for NS&I. The organisation met all of its performance targets and raised £9.8 billion in Net Financing for the Government (against a final target of £8 billion in a range of £5 billion to £11 billion).
2017-18 Annual Report and Accounts: Chairman’s Statement

2017-18 Annual Report and Accounts: From Think Ahead to Inspire & Invest

5 July 2018
Think Ahead has been a successful strategy. Since the start of 2014–15, we have delivered more than £50 billion in Net Financing for the Government; and cumulative savings of more than £780 million for taxpayers, as shown by the Value Indicator.
2017-18 Annual Report and Accounts: From Think Ahead to Inspire & Invest

12 July 2018
Tax-Free Childcare is a new government policy led by HM Revenue and Customs (HMRC), which offers financial support for childcare for working parents. Thirty hours free childcare is a Department for Education (DfE) policy and an extension for working families of the existing 15 hours free childcare for three and four year olds in England.
2017-18 Annual Report and Accounts: Business-to-business services

4 December 2017
NS&I has reintroduced 1-year and 3-year Guaranteed Growth Bonds and Guaranteed Income Bonds to general sale.
Another boost for savers as NS&I puts fixed term Bonds back on sale